1.
It is midnight. Bonfires on the beach, six, seven, ten of them. Orange flames against the sky.
The Pangaean’s are dancing with twigs in their hair at the edge of the sea, at the edge of the world. The look in their eyes is dark and telling as ancient runes encrypted with DNA super script, the wisdom of the ages in humanities blood spiraling to brightness in the star patterned iris of a Pangaean’s eye.
Bartering for bread, a bottle passed around, communal life for an autonomous moment, unnamed, yet thriving here. Beer is passed freely from hand to hand, herbal smokes, too. No names are asked nor given. The great Om of the ocean vibrates the horizon and the air.
Some stand and stare into the darkness at the edge of the world. Some look up into the welken of heaven, into her diamond-starred face. Some laugh, fire lit faces orange with glow.
I turn to one of the revelers, a tall man with flowers tangled through the wreath of twigs upon his brow. “Who are these people? Why are they camping and dancing here?” I ask him.
He looks at me with a glinting smile, his eyes reflecting orange sparks from the bonfires. He begins to chant in a vibrating, sing song voice:
“They have run from Middle America with it’s suffocating lack of imagination,
Where creative living is for dropouts only, and only at the edge of the sea, at the edge of the world, near the placental waters of the sea,
Where alcoholism, despair, pharmaceutical fixes mask the repressed desires of angels fallen darkly,
Where secret sexual liaisons squirm under hypocritical suits,
Where climbing to the top of middle management dung heap is the only dream,
Where pollution is the effluvium of false pride,
Where television holocaust, murder, war is entertainment.
“We should put them all in jail” the rant of those caged in over lit living rooms,
Cursing the welfare poor, no eye to cause.
Where drunkards line the skid row streets soaked in filth and hopelessness while divine and playful Pan goes dancing unseen, even vilified. Beautiful Dionysius an outcast,
Where priestesses are sullied into porno queens,
Where super heroes cartoon the afternoon of children not extolled to honor their own inherent potential,
Where purpose is an underground term,
Where self realization is an occult concept, a remedy few will ever strive for,
Where the rich and famous lounge in ritual hotels, lording it over the naked nymph and dancing satyr, the Pangaeans at the edge of the sea, at the edge of the world,
Where fat cat corporations destroy the rainforest in the name of beef burgers, toxic anyway, and tainted,
Climate changed, jeopardized, no truths spoken, denial a profiteers best friend.
Billboards, radios, tv’s pronouncing one not good enough, pushing product into brain mind, until a day without buying is sensed as a guilty thing, a day just sitting makes one nervous...a loser.
Chem trails, police action. Topless clubs, strip joints, thousands of William Burroughs’ super sonic dummies driving Piscean metal petroleum boxes along landscape stripping freeways from one franchise fake town to another, identical in every way, same franchises own it all, produce the same worthless products, fake fast food, to a bewildered populace who have come for the climate.
Radiation from melt down nuclear reactor wafts around the world causing diarrhea and rash.
Singing not allowed in workday relations. Tattling on co-workers encouraged.
Nowhere in Middle America for dancing fauns.
Into the world soft flesh full of wonder and hopes, into corporate America’s impersonal cold face, impoverished of joy.
Alienation a national characteristic, disenfranchised, plastic name badge.
The mighty mainstream looks into a mirror and sees nothing.”
As he speaks the bonfires grow higher, hotter, sparks fly and swirl in the air around us. The ocean waves roar as they roll up onto the sand.
Somewhere a drum, flute, guitar. The ancient dancing begins again.
Pangaeans visible only by bonfire at midnight, dance at the edge of the world with twigs in their hair. Eyes gone dark as the Universe, Starseeds retrieving what is left of soul in a shipwrecked American dream.
And I beside a bonfire sit, in gravid recognition, weaving a circlet of twigs to place upon my own brow. 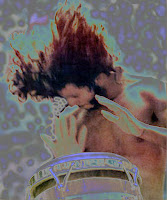 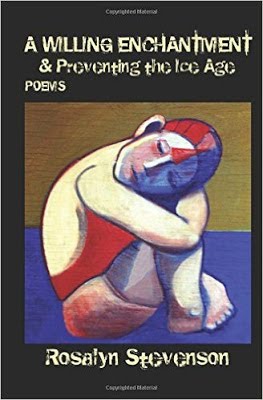 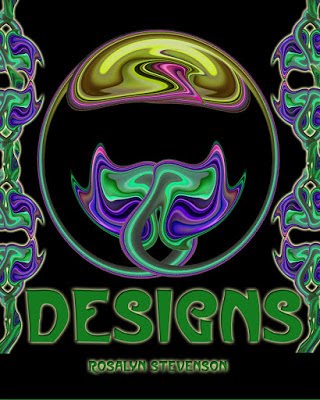 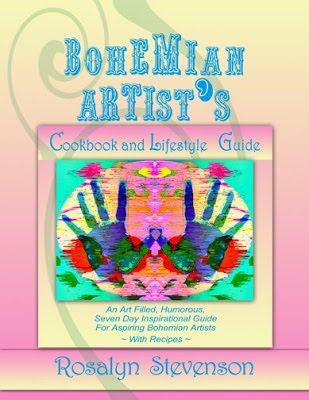 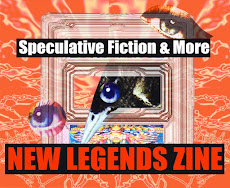 The Magickal Planet is a landscape of words as well as of pictures and sound. It has no boundaries and no password or key is required to enter. We used to think it was imagination that allowed us in but now we know that it is only openness and a willingness to be enchanted that is necessary to float through the air lock portal. Once arriving, rhythm, shamanistic ecstacy and energistic intuition keeps us present.

This Magickal Planet is identifiable from where we stand but rarely do we name it. Truly Trans Form-ative, we must allow a shift in reality to actually replace our current state of conditioned, crystallized perception thus Trans Porting us to Portal Entrance, World Expansion. 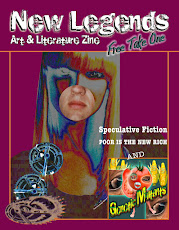